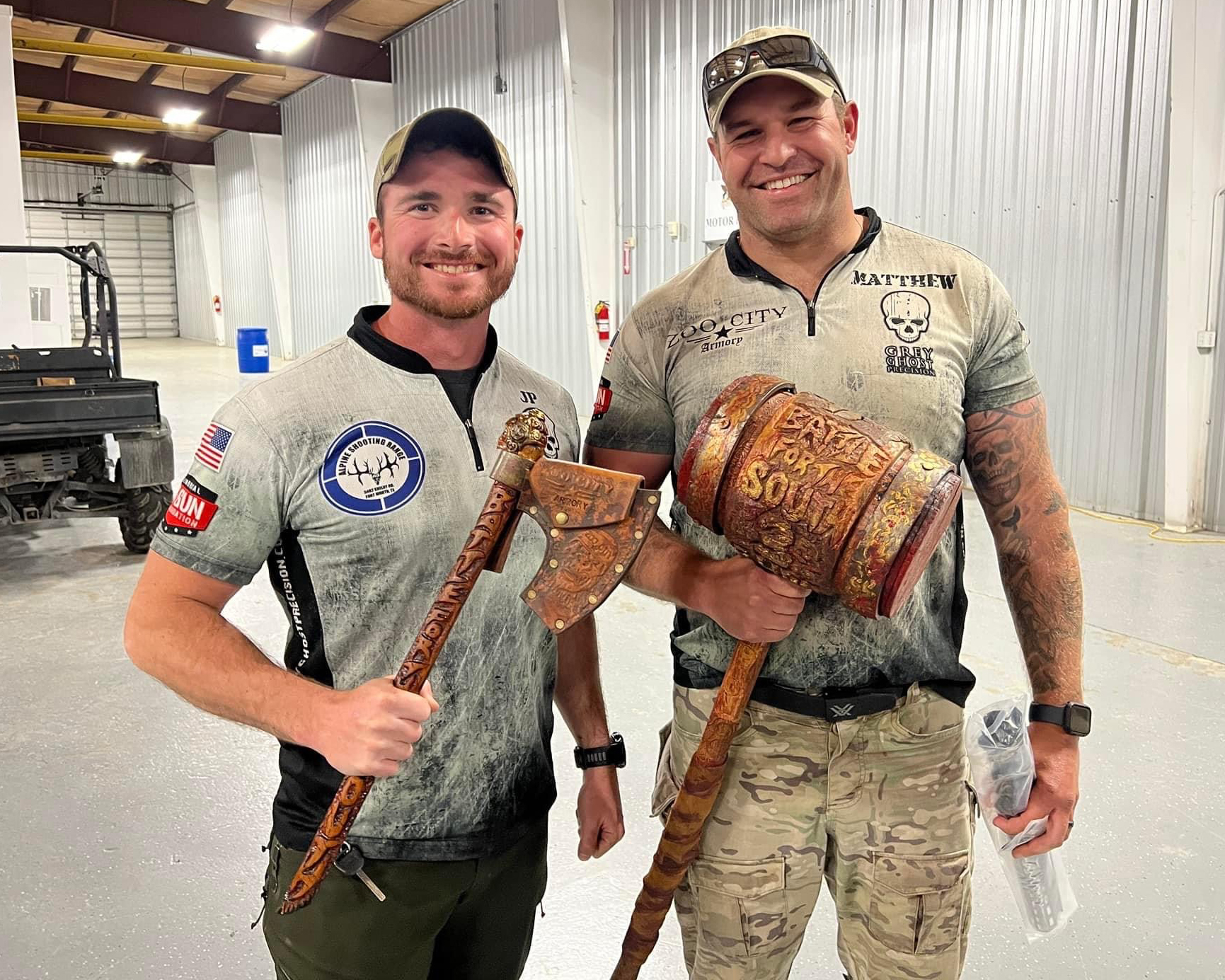 The first annual CHRISTENSEN ARMS “BATTLE FOR THE SOUTH” 3-Gun Championship took place at Gryphon Group Security Solutions in Maxton, NC on April 9-10, 2022. Thanks to a collaboration from Vortex Optics and Zoo City Armory, this event was revived to bring a fun yet challenging major 3-Gun match to the south. Team Grey Ghost Precision is no stranger to the range at the Gryphon Group Training facility, and each shooter did very well and genuinely had a blast competing at this event. 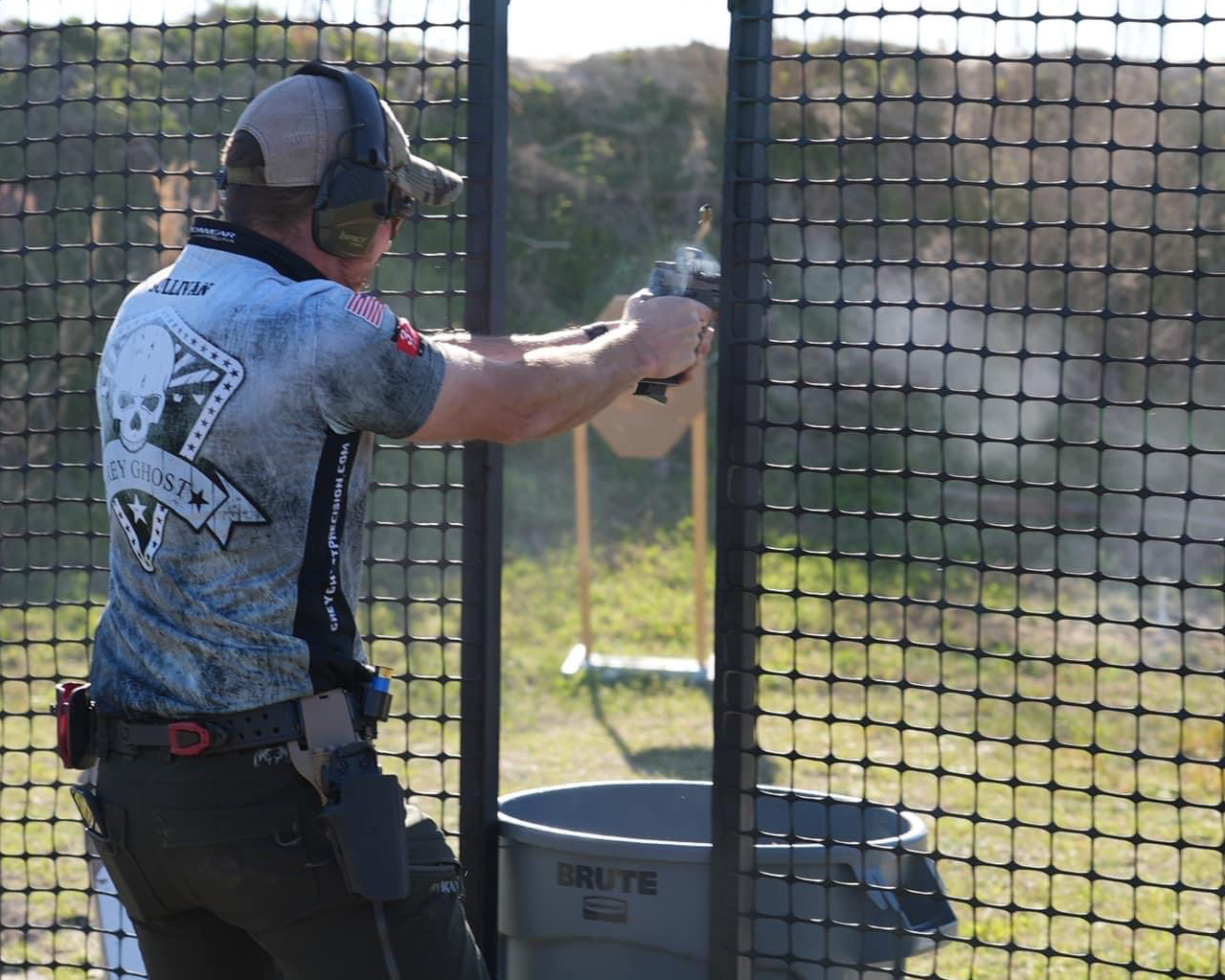 The Gryphon Group Training facility offers a variety of stage building opportunities. Zoo City Armory built 8 exciting stages for the match including jungle runs, unique bay stages, and natural terrain. There was also several stage with 3-4 MOA targets with 300-400 yard distances and even some 500-600 yard engagements. The round count for the match was 200 pistol, 200 rifle,150 birdshot (shotgun) and 10 slugs over the course of 2 days. 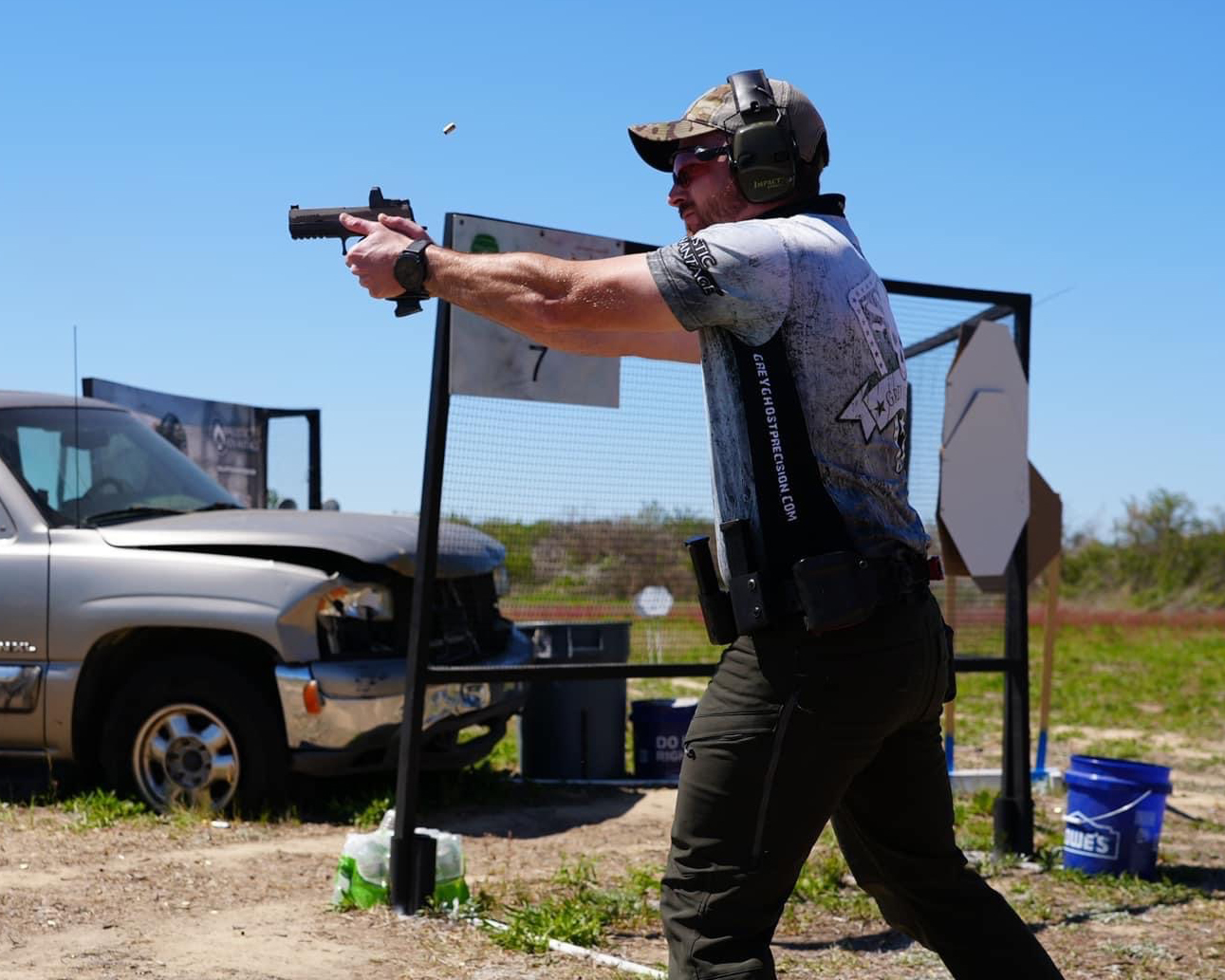 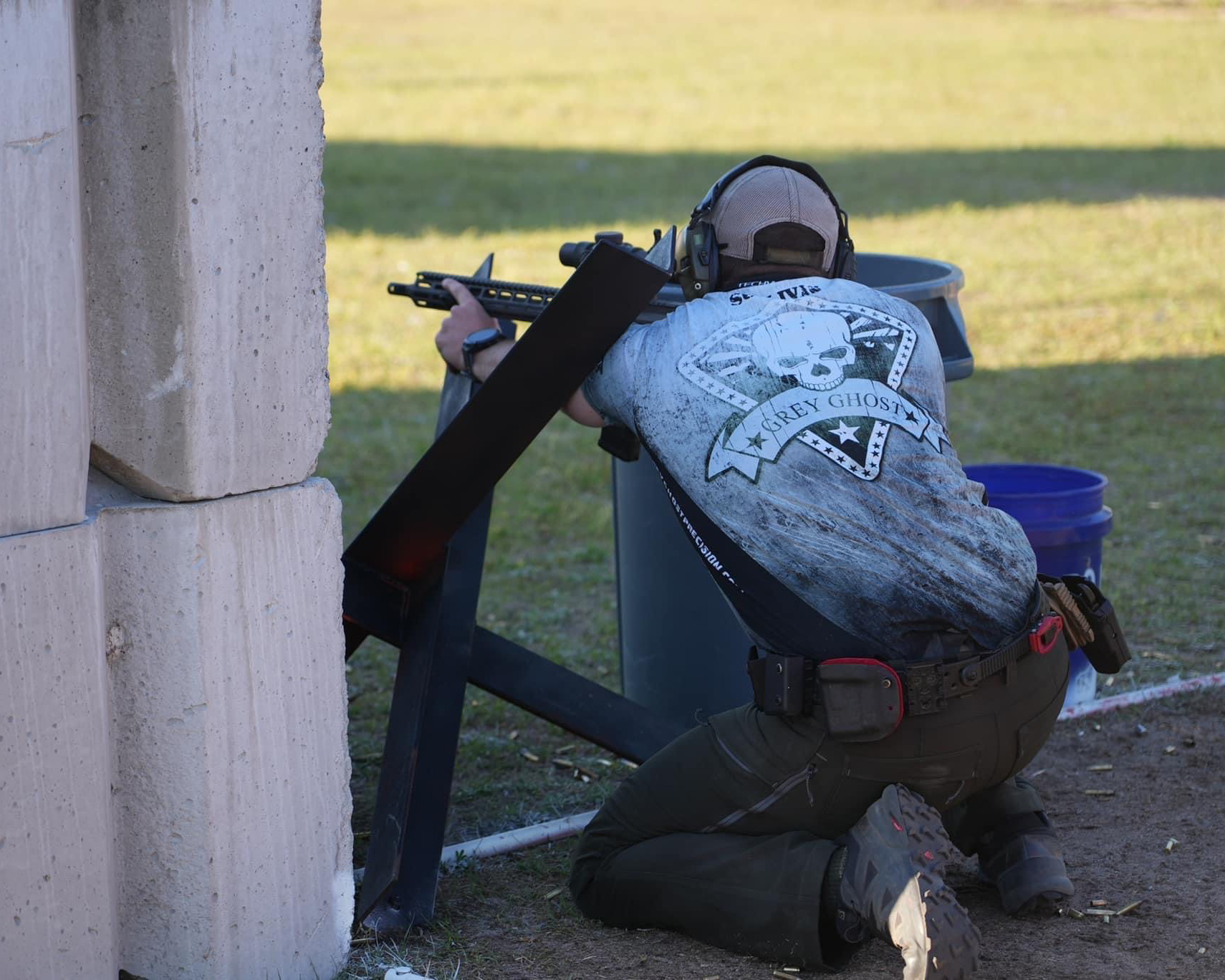 GGP Team Shooter JP Sullivan said about the event: "The match was 8 stages over 2 days and it was a ton of fun. Zoo City Armory built the stages... the same people who build the Memorial 3 Gun stages. Tons of options and incredible stage design! The match mostly came down to who could shoot in the wind. We had upwards of 20 MpH full value wind gusts at times with targets out to 570 yards. Grey Ghost Sponsored the match and the brand was well represented both in stage banners, stage briefs and the closing ceremony. Many shooters came up to us and thanked the brand for its support and were very happy with their prizes." 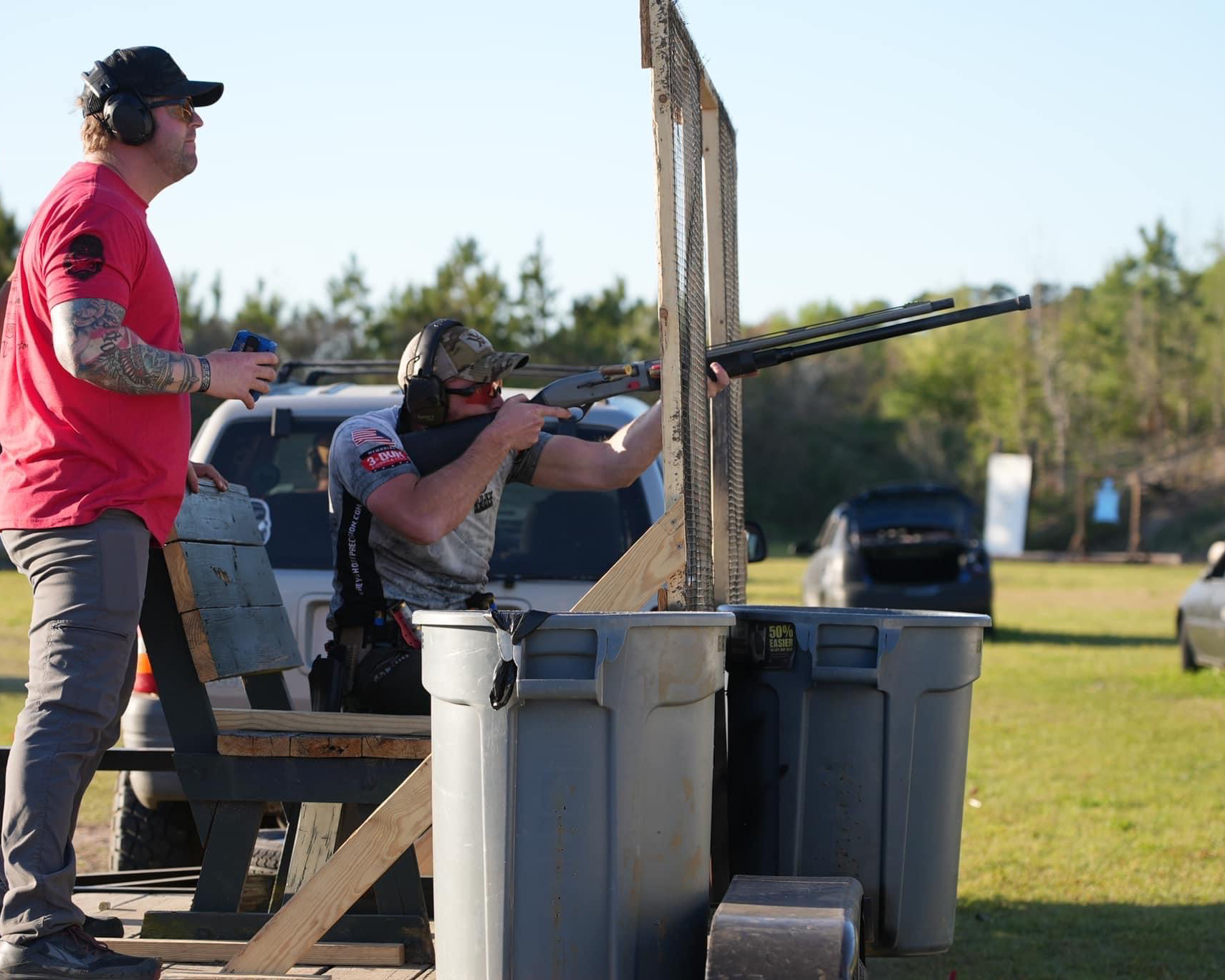 Go ahead, count the guns seen in this photo. 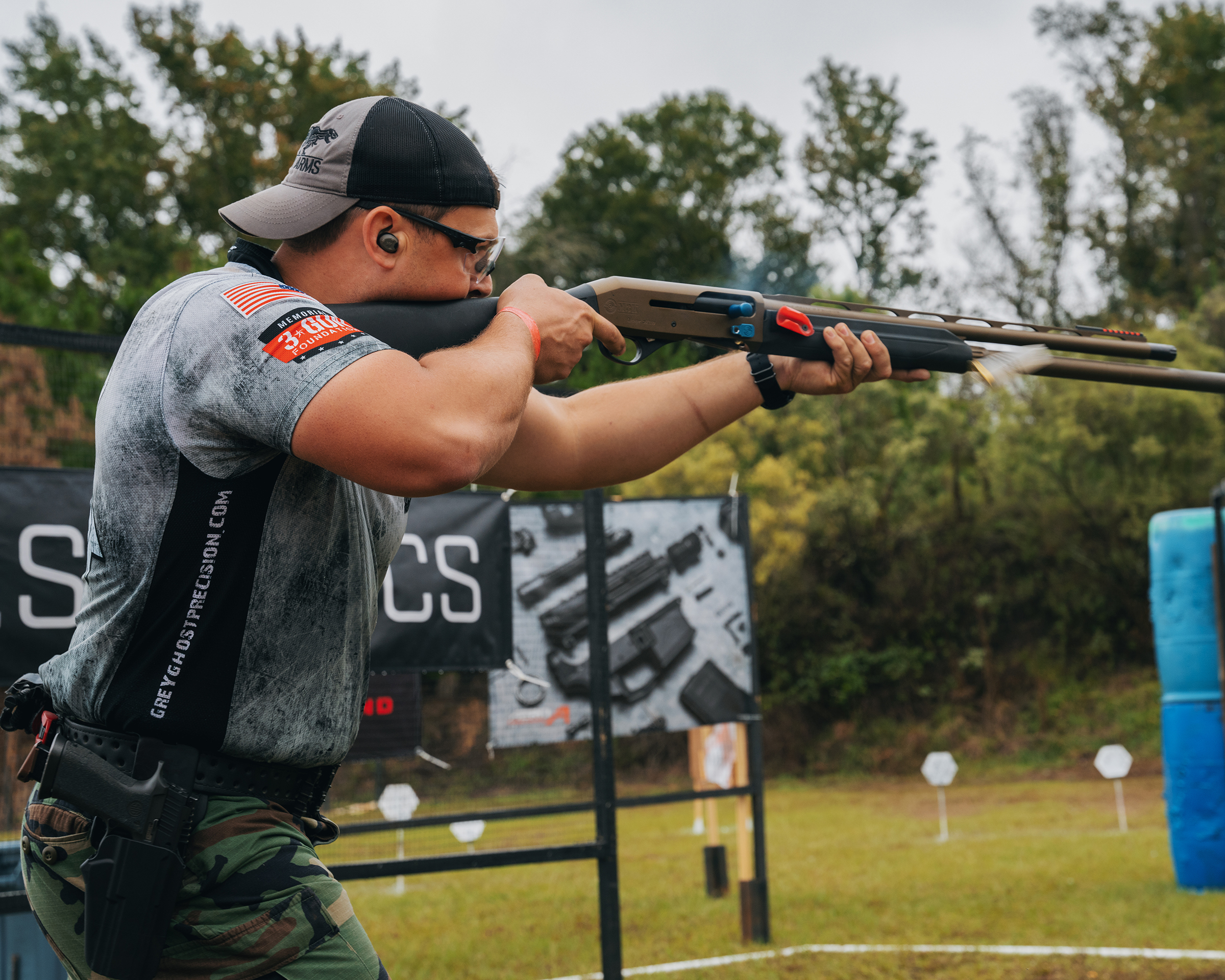 Bobby Whan is a beast with a shotgun. He also competes with a GGP320 built pistol.

Every member of Grey Ghost's shooting team is active duty military. They each continue to train regularly and compete in several matches around the country each year using Grey Ghost Precision built firearms. We are honored to call them brothers and proud of their accomplishments each year. 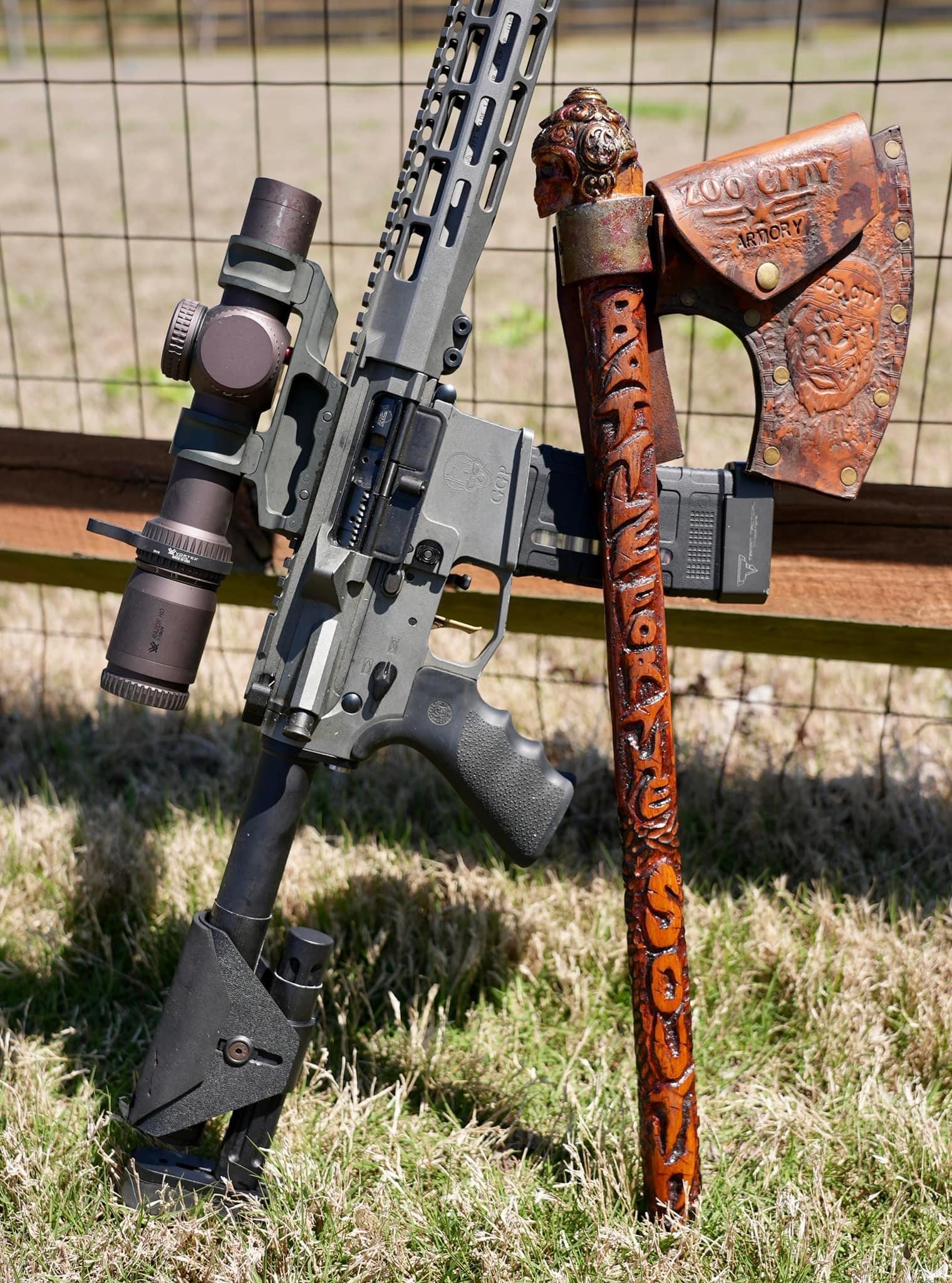